A visitor holds the key to the puzzle 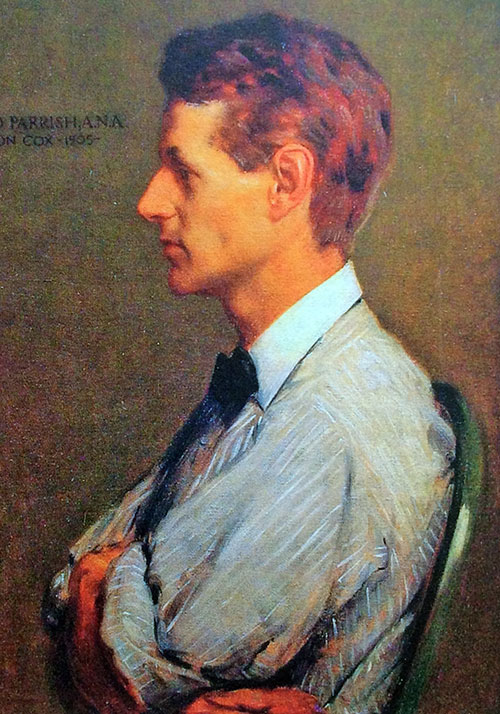 I own the last documentary film footage and photos of the estate art studio of American artist and illustrator, Maxfield Parrish. The Parrish art studio met an untimely demise and l was there to record all I could before time ran out. I was allowed to enter his massive three floor studio to film the very private world Parrish and his devoted model lived in for decades. This historic building was built and created by Parrish and it was his real masterpiece. It was the “belle of the ball.” It was theatrical and glorious with secret passageways and hidden stairways with a huge Juliet balcony up high in his main living room.

The masterpieces of Parrish were painted within this studio and it provided a great deal of inspiration for Parrish. When I was at his estate I felt as though I was in his paintings in fact everywhere you looked you could clearly see his paintings. I always felt a kind and noble presence there whispering secrets in the wind. The grounds and the art studio were infused with the paintings and when I began looking at my film footage I was able to review and unlock a great deal of information on Parrish that would lead me on twenty plus years of research. The research began to snowball into more unknown information on Parrish and his devoted model and friend, Sue Lewin. Sue was the most fabulous model on canvas and she went to her grave wrongly titled and I need to set her free.

The most wonderful love story of all time

I kept a journal of my visits to his estate and I also took many photos along with the film footage and I began to write an epic manuscript on Maxfield Parrish and Sue Lewin and how they created those masterpieces. There were so many layers here and I found answers to questions yet to be asked. I was in their world discovering more than I could imagine and the real story of how those masterpieces came to be! A most wonderful love story of all time emerges that continues to live on to this day throughout the world through their masterpieces.